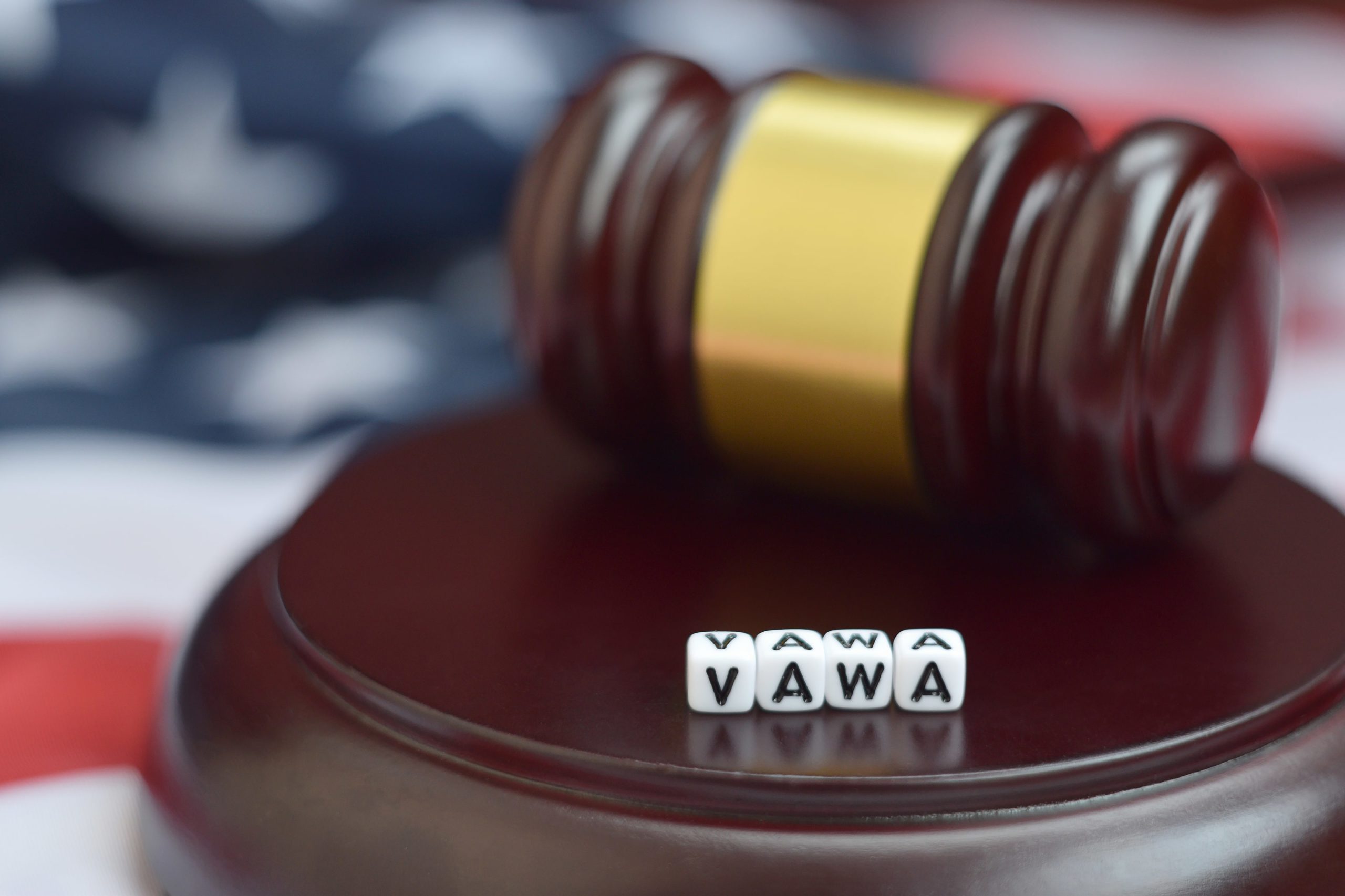 The Violence Against Women Act (VAWA) was passed by Congress in 1994 and it provides special protection for both immigrant spouses and the children who have suffered battery or extreme cruelty at the hands of a United States citizen or lawful permanent resident. Although victims of domestic violence are usually female, the Act also covers abused male spouses and children.

This means if your husband, wife, father, mother, stepfather, or stepmother, who is a U.S. citizen or lawful permanent resident, has abused you or your child physically, sexually, or psychologically, you are entitled to file for permanent residence benefits under VAWA.

As a victim of abuse, you may feel trapped, forced to remain living with your U.S. citizen or permanent resident spouse.

Due to your lack of immigration papers, you might think there is no way out. That is not true. There are resources and avenues available to you.

VAWA permits the abused foreign-national spouses and children of U.S. citizens and permanent residents to sever their ties with the abuser without being subjected to deportation or other legal penalties. This law has protected so many thousands of abused individuals from further harm, while also enabling them to remain in the United States on an ongoing basis.

The abuse takes many forms. For instance:

Perhaps your permanent resident spouse physically beats you, isolates you from your family or doesn’t allow you to spend time with friends, and refuses to file immigration papers to petition you for a green card. Maybe they even use your immigration status as an intimidation tactic.

Maybe your U.S. citizen spouse divorced you yet continues to stalk you on social media, blowing up your phone and calling you insulting names. Maybe they won’t give you any child support, or they use child support to bribe you. Maybe they threaten to call the police to deport you.

Or as the child, maybe you have seen these things happen to your parent, and watched as your legalized or citizen parent physically attacked your mother or father, as well as verbally and emotionally mistreat you and your sibling.

However severe the domestic violence you’ve experienced, you don’t need to give up.

You are not alone.

With or without your spouse, there are options to help you and your children.

With or without your spouse, you can fight deportation.

With or without your spouse, you can become a lawful permanent resident.

The Law Office of 360 Immigration Law Group can help you prepare and file your petition for lawful permanent residence and obtain a green card under VAWA. Even if you don’t qualify for residence under VAWA, we may still be able to help you obtain legal status as a victim of criminal domestic abuse with a U visa.

Winning Your VAWA Case Is Not Simple

Violence Against Women Act cases are a unique type of immigration service. These cases are sensitive and confidential. You are permitted to file for immigration benefits without a family member to sponsor you. This is a called a “Self-Petition”. Because of the sensitive nature of these cases, USCIS (“immigration”) will never disclose information to unauthorized parties.

Because your paperwork has to be accurately prepared – and your evidence strongly laid out – you need to find an attorney who makes you feel comfortable when you share those painful moments you’d rather forget. Someone you can trust implicitly to not only listen to you, but to fight for you and your family.

Domestic violence is not easy to talk about, much less discuss in detail, but in order to win, you need to present your case carefully and specifically. You cannot afford to hold back the truth.

However, attempting to do this on your own is a bad idea. When one mistake can ruin your chance for success, it’s best to find the right VAWA immigration lawyer for you.

Who Is Eligible to Self-Petition For VAWA?

Although VAWA stands for the Violence Against Women Act, its protection is not limited to immigrant women. Abused or battered spouses of U.S. citizens or lawful permanent residents includes abused male spouses, and those in same-sex relationships.

The following persons are eligible to file self-petitions under VAWA:

While your VAWA application is being processed, you have the right to stay with or to leave the abuser. It’s your decision, and your decision alone, without pressure from your spouse or parent. The right immigration lawyer will even assist you with the divorce process, and can guide you on obtaining a restraining order that protects you and your children.

The whole process is completely confidential and private. If you use the services of a VAWA immigration lawyer, the government will not contact you directly. Your abusive spouse – or ex-spouse – will never be told about your VAWA petition. They will not be able to use your petition to bribe or intimidate you, even if you are in removal proceedings. Immigrant victims who file for a VAWA-related relief can even apply for cancellation of removal. Your abuser will never be able to hold your immigration status over head.

In addition, if your self-petition is approved, you can obtain a work permit while waiting for your VAWA interview to become a permanent resident.

Do You Qualify for a VAWA Green Card?

Many immigrant victims of domestic violence do not think they qualify for VAWA protections and benefits.

For instance, you may have been told only battered immigrant women can win a VAWA grant of permanent residence.  This view is wrong.

Under VAWA, you can also win if you have been subject to something called “extreme cruelty”.

Some examples of extreme cruelty include:

If you have been mistreated in these types of ways, you have a chance to win VAWA benefits.

Whether your VAWA case is reviewed by an immigration officer or an immigration judge, hiring an experienced immigration VAWA attorney is the best way to ensure you put together a case strong enough to win your freedom.

If you’ve been the victim of domestic violence, now or in the past, you are not alone. If you’re serious about discovering how to win permanent residence . . .

Let’s schedule your Legal Strategy and Planning Session today – we can help you through the complicated VAWA process and help you win your freedom from abuse.